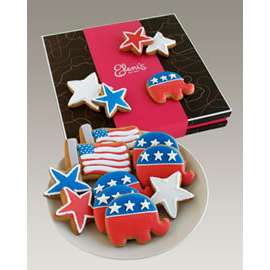 But we will address the broader issue by taking a closer look at a single anecdotal piece of evidence gathered from an extremely small sample size that will surely convince you of the truth. Namely, the drinking habits of our current president, Barack Obama. If you enjoy filling your mind with worthless information, then you probably already know that Obama’s favorite drink is the Black Forest Berry Tea made by Honest Tea.

At first glance this is misleading. Obama drinks fruity tea? you might ask. Surly that proves his policies are indeed moderate to conservative. But let’s take a short, soft look at the facts. A bottle of said Black Forest Berry Tea contains a measly 25 calories and 7.5 grams of total sugars. Pathetic. That’s for 8 fluid ounces people. My urine has a higher sugar level. (What? You haven’t tested yours?)

Now in contrast, Arizona Brand Sweet Southern Style Tea weighs in at 90 calories with 22.9 grams of sugar for the same 8 fluid ounces. That’s three times the amount! Now this is the tea Ronald Reagan would have loved![divider]

So what does all this mean for the American public? I’ve no idea. But it can be helpful at parties. Next time you would like to sound someone out for their stance on NAFTA or prayer in public schools, you just ask them if they take sugar in their tea. Their one word answer will tell you all you need to know.