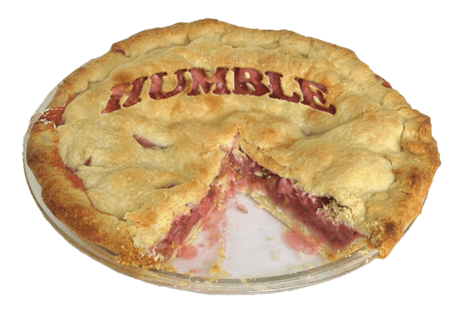 With Thanksgiving days away, I’m feeling a bit mushy–like I want to hug the cosmos and apologize for having a bad attitude about the last month of sick kids and wife. Due to quarantining them, taking lots of Airborne and demanding extra sleep, I’ve stayed mostly healthy so that I can continue to blog. (Sometimes I’m just so darn noble. Does anyone else smell barf and erasers?)

There’s a story in Luke’s Gospel I think is worthy of reiterating here. It starts with a dozen tired disciples anticipating a break. They’ve worked their little demon casting fingers to the bone, and frankly have grown a bit tired of dealing with so many needy people. Why can’t at least a few of the sick go and heal themselves (or rely on modern medicine)?

Jesus promises some R and R, a bit of a get away on the deserted side of Lake Gennesaret. Wonderful. But all the needy people aren’t so easily deterred. While the fishing boats cross the lake the people scurry around the shore and beat them there. The disciples tolerate their rudeness into the afternoon, but everyone has a limit. Frick, we’re on retreat. So they suggest Jesus do the rational thing and send everyone away before they end up with a class action law suit on their hands for allowing so many sick and needy people to pass out in the wilderness.

Jesus, in his classically frustrating manner, suggests that the disciples feed the people (several thousand mouths). If anyone missed the previous episodes, I should mention that most of these guys are fishermen, but they’ve been sucking that up lately save the one time Jesus mind melded with half the fish in the lake. Sarcastically, the disciples inform Jesus that feeding several thousand needy people has gotten a little more expensive since the whole Roman occupation thing (the economy has gone to crap, you know). But they point out they have two fish and five loaves of bread (that they jacked from some kid according to Mark’s account).

Here is where Jesus brings the humble pie for dessert. (It turns out the Rabbi’s favorite things to bring to the party are either wine or humble pie.)

“Taking the five loaves and the two fish and looking up to heaven, [Jesus] gave thanks and broke them. Then he gave them to the disciples to set before the people. They all ate and were satisfied, and the disciples picked up twelve basketfuls of broken pieces that were left over.”

Leave it to Luke to tell a good story, right? So sparse and to the point. Rub a dub dub, thanks for the grub. Boom. Bread and salted-fish fountain spews all over the place. The disciples clean up the left overs after soiling their armor. Jesus looks at them afterwards with raised brows as if he’s asking them, “What? Oh that? Get with the program, guys. A little thanks to the big man goes a long ways.”[divider]

And that’s when it hits me. I claim to be a disciple of Jesus. So why do I bitch and moan so much about the two crappy fish and five stinking loaves? Why do I spend most of my prayer life asking Jesus to get rid of all the needy people and banish all the inconveniences? Anyway, for at least a few days I’d like to spend a bit more time marveling at the twelve baskets of left overs and doing a little dance in the fish fountain.